Tennessee Watson is an optimist who truly believes there’s a solution to everything, and as a journalist she loves investigating who and what is getting in the way. Using sound and recorded conversations, she tells radio stories that translate the impact of policy, or lack there of, into lived experience.

Watson turned the microphone on herself to create the Silent Evidence Project (silentevidenceproject.com). That radio series exploring child sexual abuse, which she co-produced with Kaitlin Prest for The Heart, was a 2017 Peabody Finalist. Watson also co-produced “Dropped and Dismissed” with Reveal, an investigative radio story about prosecuting sexual abuse, which won a 2017 Edward R. Murrow Award for Best News Documentary. You can hear her on Wyoming Public Radio, where she works full-time as an education reporter. 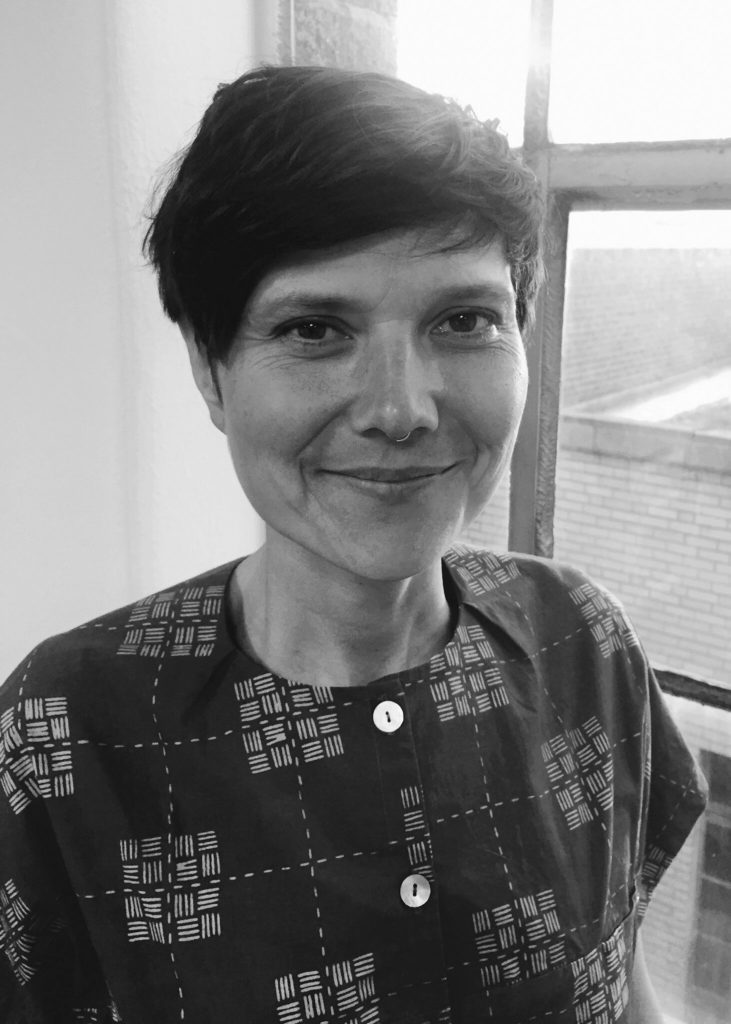 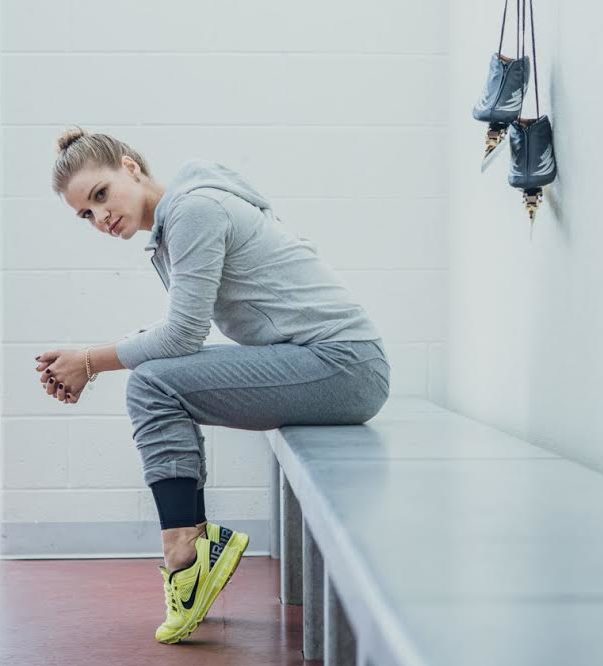 Beginning at age 15, Farrell was sexually abused by speed skating teammate and Olympic silver medalist Andy Gabel, then 33. In 2013, 15 years after the abuse ended, she disclosed the trauma she endured on National Public Radio.

Farrell is founder of NY Loves Kids. Farrell’s work with NY Loves Kids includes advocating for the Child Victims Act in New York State. The Child Victims Act extends the statute of limitations for survivors of child sexual abuse. Recently Farrell, along with other survivors including those of Dr. Larry Nassar testified before the United States Senate Commerce Subcommittee on Consumer Protection, Product Safety, Insurance and Data Security regarding the inaction of the United States Olympic Committee pertaining to protecting athletes from sexual abuse.

Jeanne is an avid volunteer grassroots activist involved in the efforts to eliminate the Statute of Limitations (SOLs) for Child Sexual Assault in both NJ and NY. Upon realizing the need for significant and prolonged efforts in both states, Jeanne founded Justice4All, A Voice for Victims of Sexual Assault. She has tirelessly advocated bringing together the often splintered efforts in NJ via a NJ SOL CSA Coalition and recently tapped into the energy of progressive groups such as Ramsey PINs to join forces in this lobbying and advocacy arena. Originally from upstate NY, Jeanne is a survivor of years of sexual assault and other abuse initiated in educational settings and carried out in multiple states. She has a doctorate in clinical psychology and currently works full time in community mental healthcare providing trauma informed post-vention services, community education and consultations. Jeanne brings a wealth of social justice experience, personal survivorship and professional knowledge to this evening’s discussion. 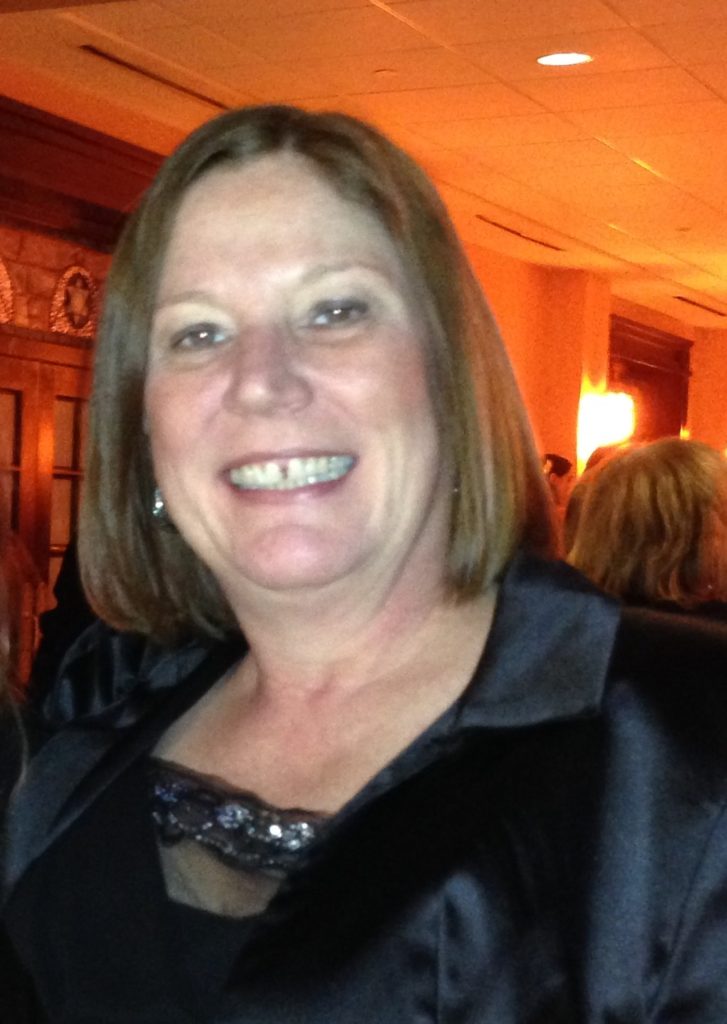 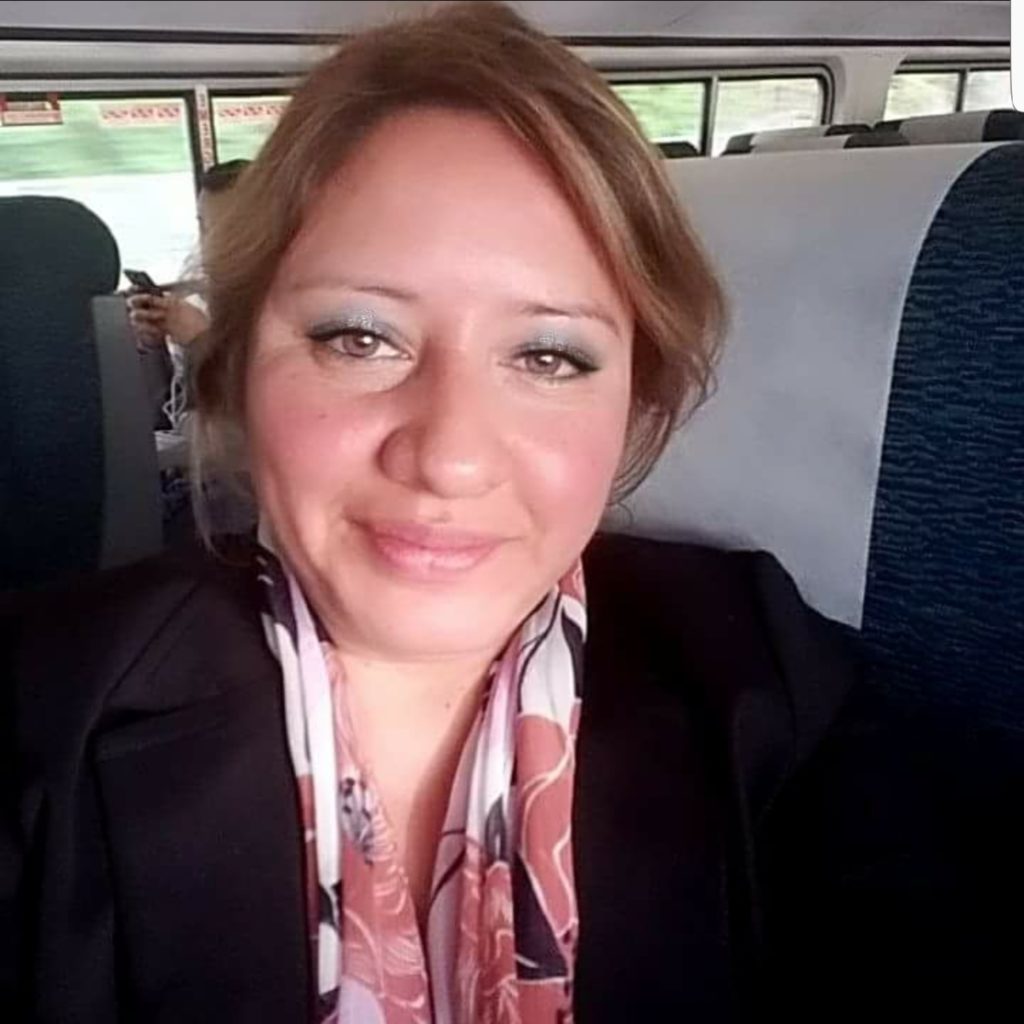 Ecuadorian Colombian born in Brooklyn NY and raised in Queens,  single mother of two boys and a girl. Connie is and active advocate for education, special needs kids, early intervention. Volunteered in Brooklyn Queens Bronx Manhattan. Now she spends her days as an advocate and volunteer with organizations for the child victims Act.

survivor who works with Foundation for Survivors of Abuse

Mary Ellen O’Loughlin is a strategic leader with more than 25 years of management experience in both for-and non-profit environments. Her unique ability to conceptualize and execute multi-dimensional initiatives is of particular value as she brings diverse groups together to collectively accomplish broad-based change.
Mary Ellen artfully generates strategic vision while simultaneously deconstructing concept into action resulting in successful execution. Her cross-functional strengths span marketing, communications, fundraising, arts management, technology implementation, quality assurance, operations, and compliance.
Mary Ellen has overseen the implementation of a diverse portfolio of initiatives and has served on numerous non-profit boards and, as she herself is a survivor, is deeply committed to the Foundation for Survivors of Abuse’s mission.  As a member of the board of directors, Mary Ellen provides strategic counsel and planning support. 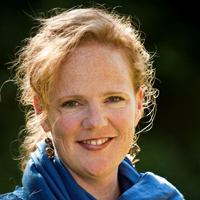 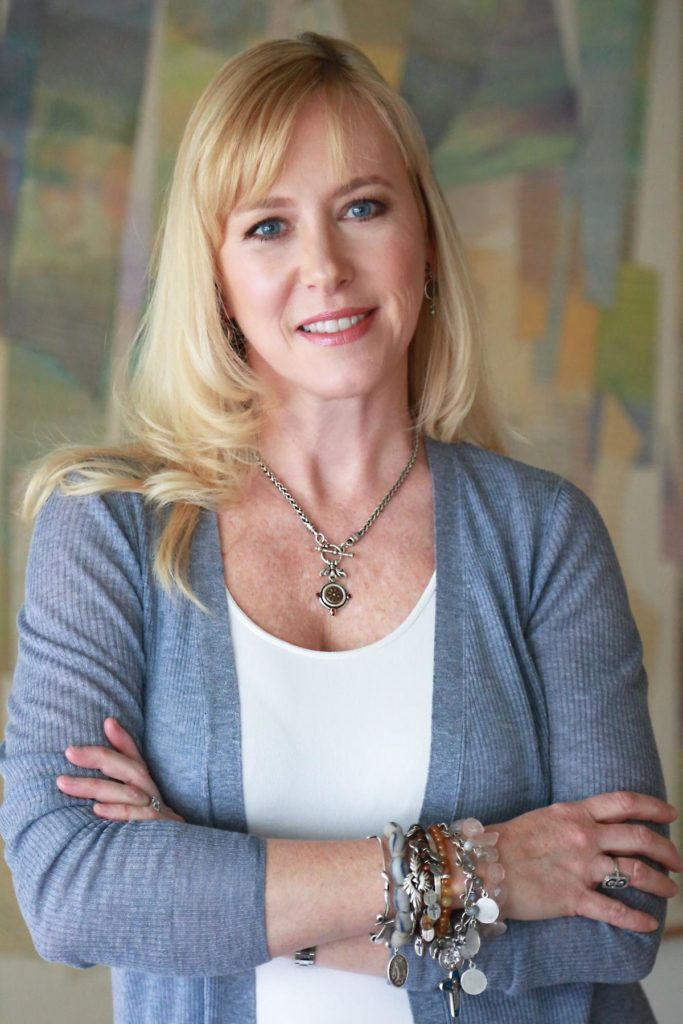 Having been a Life Coach, Beth Tiger brings to her executive position a level empathy and compassion to all those she serves through her work with survivors and partner organizations. She has authored a bestselling book and has been an inspirational speaker for over 10 years. This skill set helps her to convey the vision of Durga Tree and empower donors with information needed to make educated decisions around anti-trafficking.

Valerie Munro is school librarian, children’s author, wife, mother and advocate for victims of childhood sexual abuse. After 37 years of hiding behind the awful secret, she made the brave decision to confront the uncle who sexually abused her throughout her childhood and teenage years.

Although nothing can ever erase the pain, humiliation and emotional damage of being violated, facing her abuser and delivering a victim’s impact statement in court has empowered her to move forward. Valerie uses the power of her story and artwork when meeting with legislators for the passage of a New Jersey Child Victim’s Act which would eliminate the Civil Statute of Limitations and enable victims to hold their abusers accountable for their heinous actions. 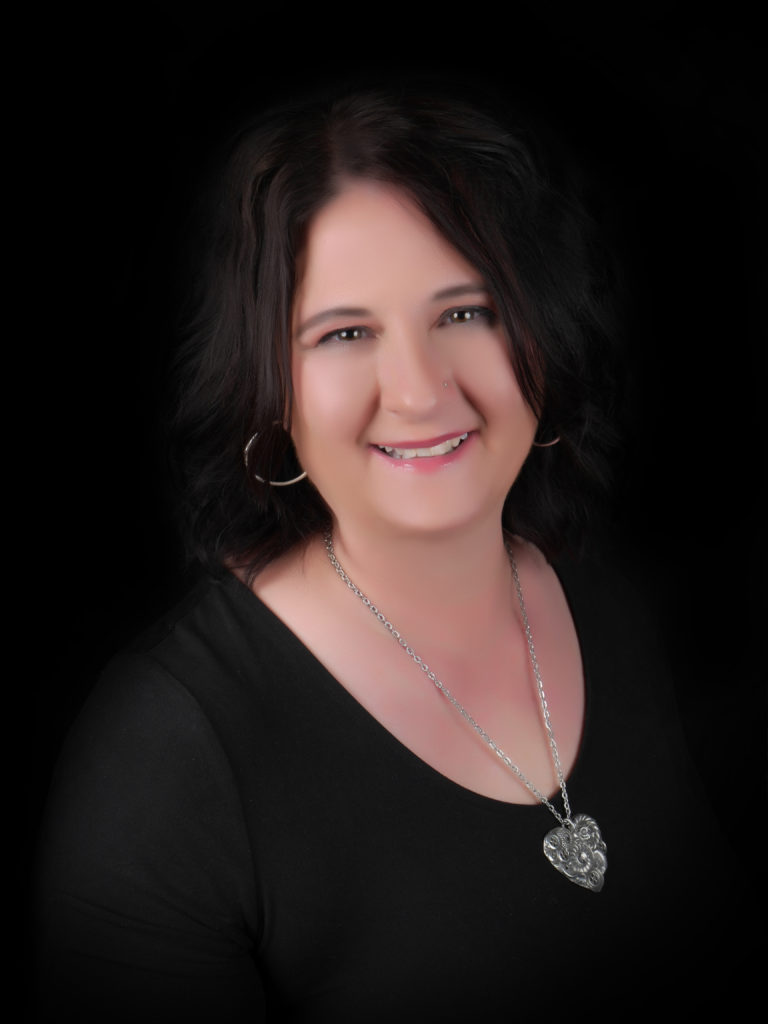 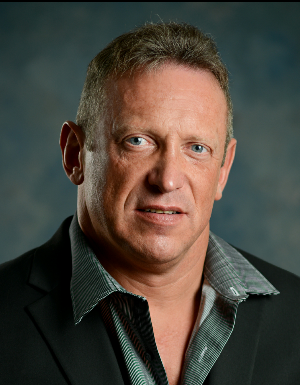 Clark Fredericks is a writer, advocate and motivational speaker inspiring others to end their silence. He is currently lobbying to change the statute of limitations law in New Jersey, which would allow victims of sexual abuse civil recourse. Clark utilizes social media to share his story of overcoming molestation at the hands of a serial pedophile, which moves others out of the darkness of abuse and into the light of healing. He is the author of a soon to be published memoir. From victim to victor, Clark Fredericks believes in the power of connection to transform lives.

Host of Coffee with marci

Marci Hopkins is the creator and host of Coffee With Marci. Marci has always been driven by her creative side and she quickly found her true passion in television at the Art Institute of Houston.

She started her career at Paramount 20 Century FOX and quickly climbed the corporate ladder serving multiple roles within the Programming group. Ultimately, Marci had the opportunity to move to Los Angeles to serve as the Director of On-Air Promotions for FX Network. A cross-country move to New Jersey with her family led Marci to train with John Pallotta in New York City, followed by training at Actors Connection, Actors Technique, along improvisation training at The PIT. Marci saw immediate success in front of the camera and was hired for several Discovery ID Network programs, some amazing Independent Films, Indie Films, web series, commercials, and TV Pilots.

Marci then found her true calling and harnessed her talents for acting, television programming, and community leader while also spotting a trend and created a talk show titled “Coffee with Marci.” With the huge push by Facebook to grow it’s video business Marci found that Facebook was the best platform to connect with her audience. 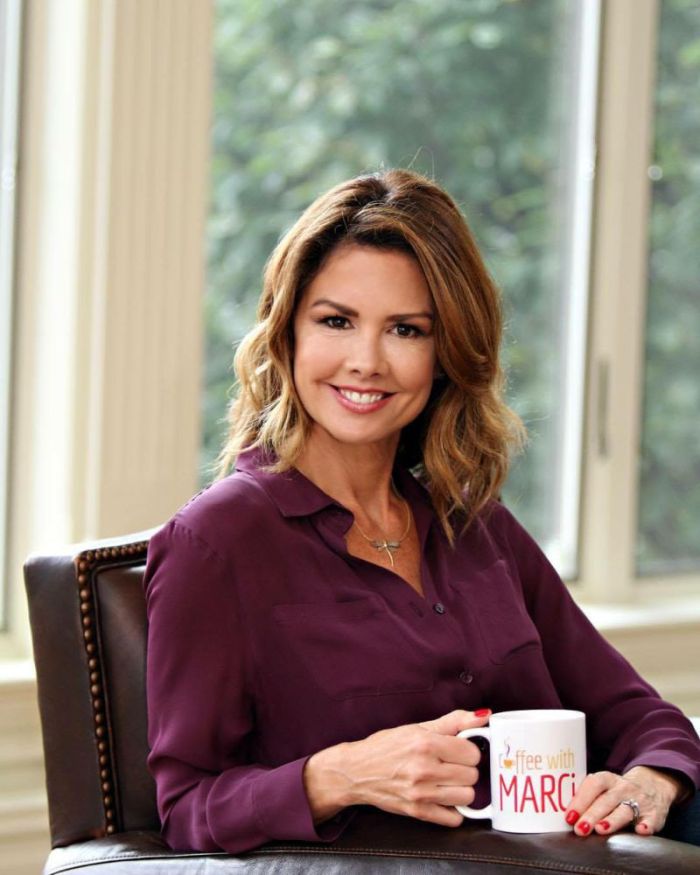 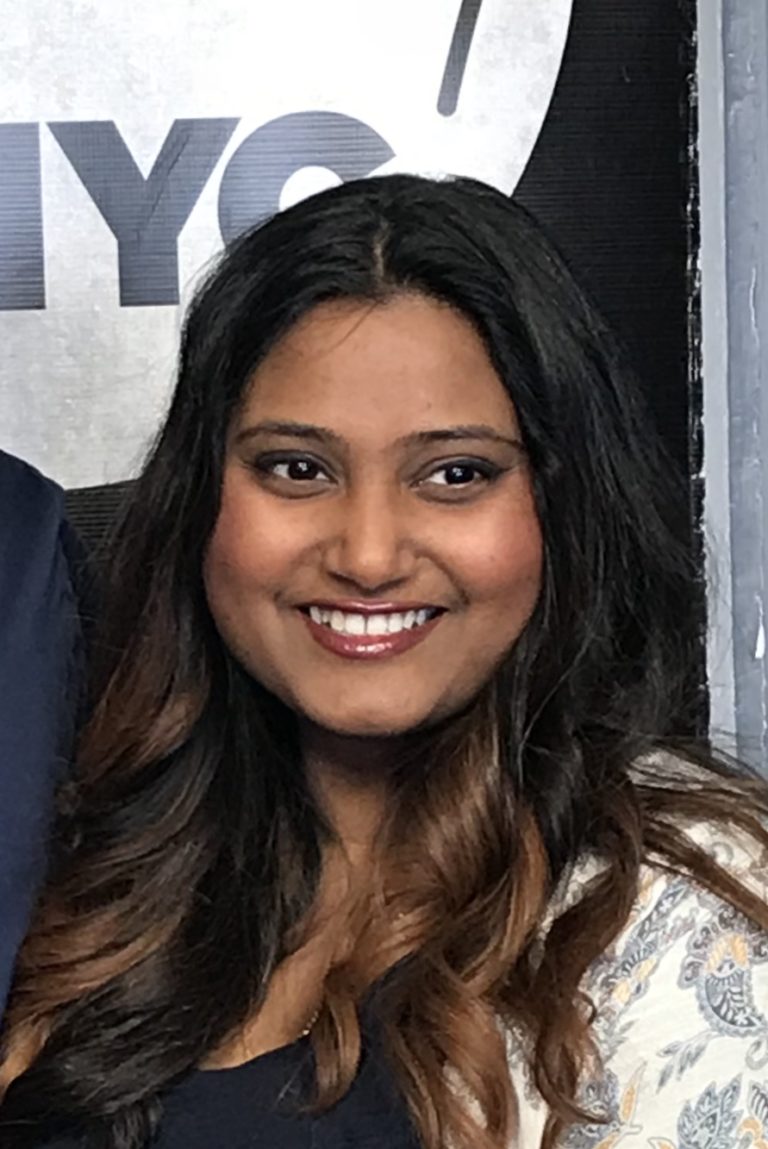 At a young age, Joanna was exposed to the ills of blatant injustice that she witnessed commonly growing up in India, the land of her birth and in the Middle East, the land of her childhood.

Both through her personal experience as a survivor and through the lives of those close to her, Joanna saw that abuse, rape, violence, exploitation, cruelty and illegal trade of humans came to be accepted as a norm in the society she lived in. The horrific reality of what she experienced was the beginning of a fiery passion to champion justice.

Joanna began her advocacy in India while working with Justice Organizations that fought to rescue child laborers and victims of trafficking. She is currently a speaker for A21 and Vision Rescue – 2 organizations that work to end modern day slavery and injustice.

Harold J. Siering, is from Lindenhurst, Long Island, NY. He is a victim and survivor of childhood sexual abuse and a passionate advocate. Over the last 8 years he has worked on the Child Victims Act telling his story in Albany and throughout New York. He has 3 children, Justin, Shawn and Emilie and his wife Susan.

Harold was sexually abused by a man from Big Brothers from the ages of 10½ to 17 in over 13 States and across multiples counties of New York. He was also sexually and mentally abused by his assistant principal and English teacher at St. Joseph School in Babylon, New York.

Outside of actively lobbying New York State Republican Senators who are against the Child Victims Act, Harold’s
other interests include his wife and kids, independent insurance adjusting, and yearly travel to Haiti which includes his on the ground support and sponsorship of
children so they can be safe and secure in a home, with proper food and education. 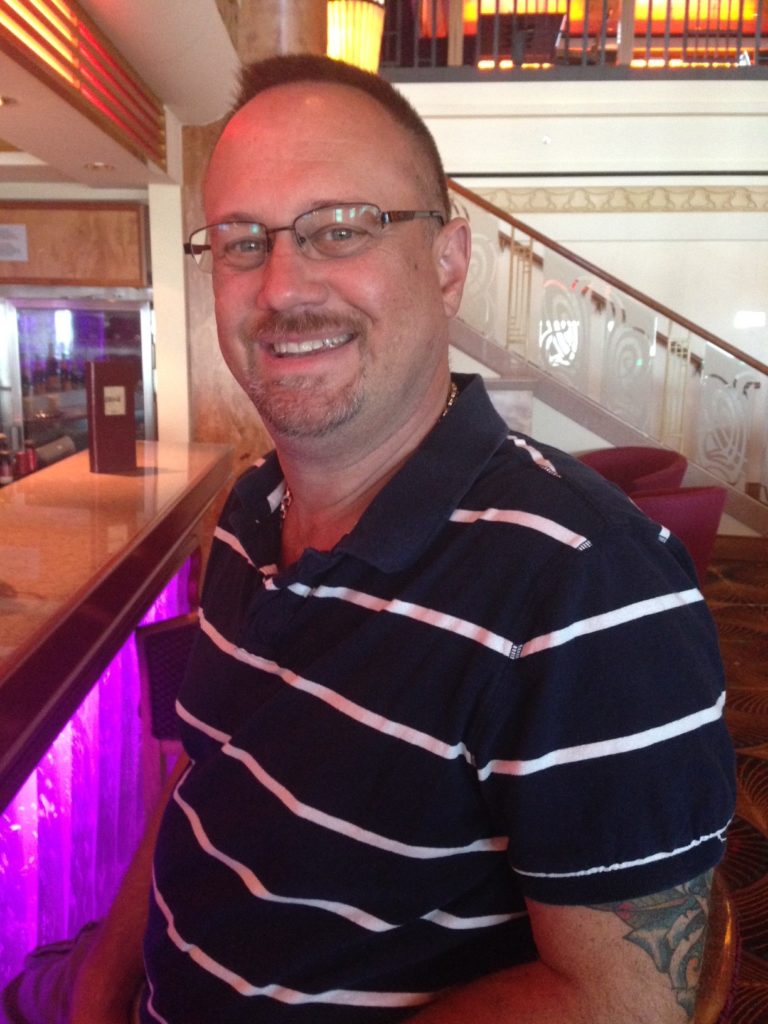 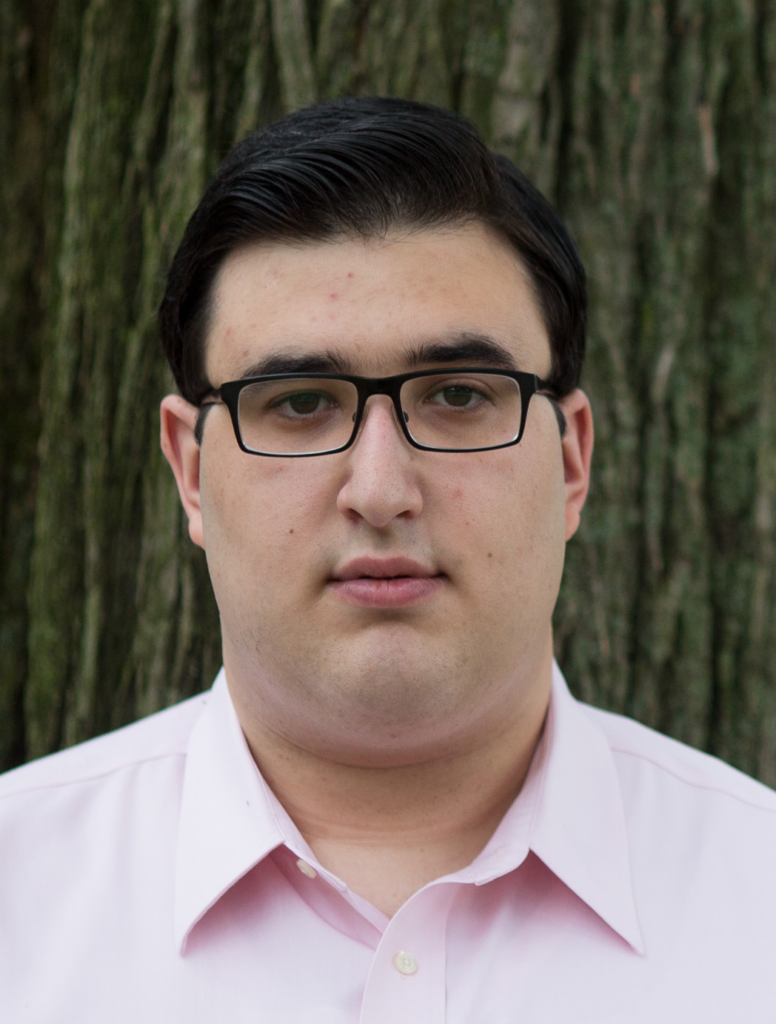 Asher is a survivor, and the director of community organizing for ZA’AKAH, an organization dedicated to raising awareness about child sexual abuse in the Orthodox Jewish community, participating in educational events for parents on how to protect their children, and lobbying for legislative reforms like the Child Victims Act. http://facebook.com/zaakah

Heather Antos was born with secret aspirations to become the next James Bond. However since her lack of British heritage has pushed that dream aside she now spends her days as the girl who will never grow up. Having worked as an Editor at Marvel, primarily on the Star Wars and Deadpool lines, as well as being one of the creators of breakout character Gwenpool, she now spends her days as a freelance comics editor and story consultant for Activision, Bungie, Lucasfilm, Disney, and more.

She is a survivor of sexual abuse and rape and a passionate advocate for women’s representation in comics, film, video games, and other media. 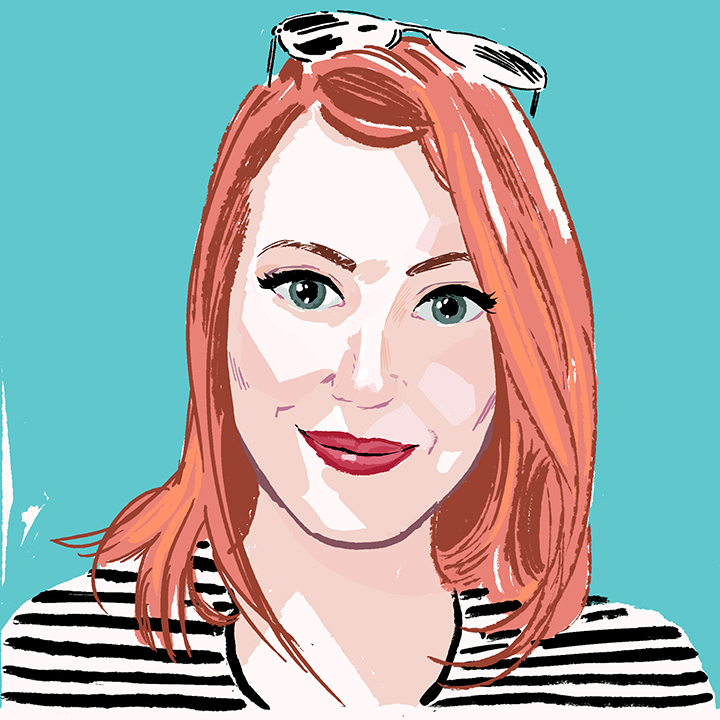 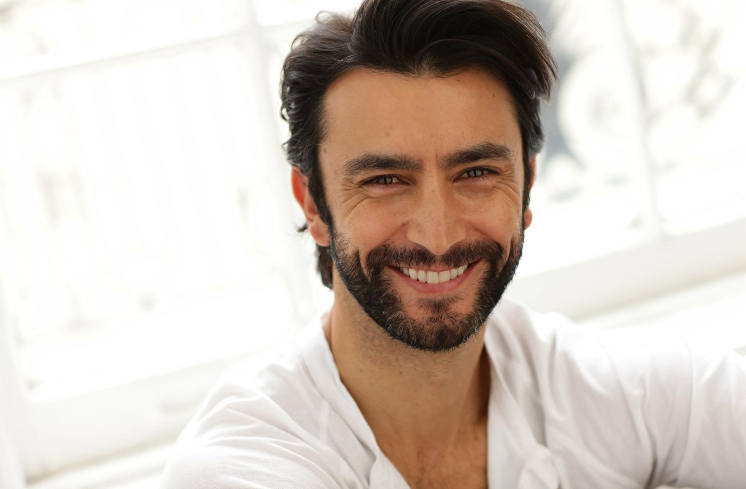 Nathan Spiteri was born in Canberra, Australia.  He was raped, physically and mentally abused from the age of 9 for several years.  It all started in the change rooms at the town swimming pool.

Nathan kept the abuse to himself for over 20 years, instead turning to drugs and violence.  Unable to connect with people, he avoided intimacy within relationships and used self-destructive habits outside of these relationships to escape emotional closeness.

After hitting rock bottom, Nathan sought the help he needed.  Finally, accepting what happened to him, he has written a screenplay about his life to raise awareness about sexual abuse and to help change lives.

He is an actor, writer, producer and advocate and motivational speaker.  He has lived in NY for the past 10 years and has started to write his memoir.